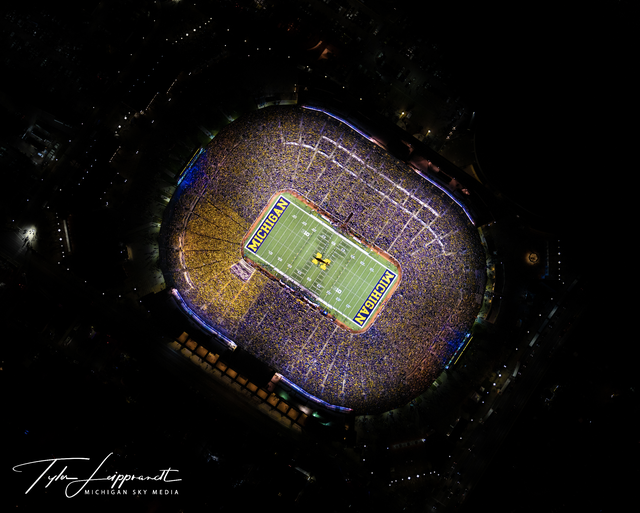 You have no idea how hard this shot was to align. If you look closely at centerfield, the black shadow is the Coast Guard's MH-60 Jayhawk. I have dreamed of getting this shot, and seconds before I did, I thought I blew the opportunity. The wind shifted and pushed the helicopter so the landing skids covered up the middle of the field. At that moment, I made a quick decision to move my camera angle between the helicopter and the skids. I held the shutter down and prayed.

I want to thank a good friend of mine for giving away my ticket to this huge game, which gave me the chance to scratch this off my bucket list! That's not a joke either!